Some conservation actions will involve members of civil society and different economic sectors to achieve the desired results. 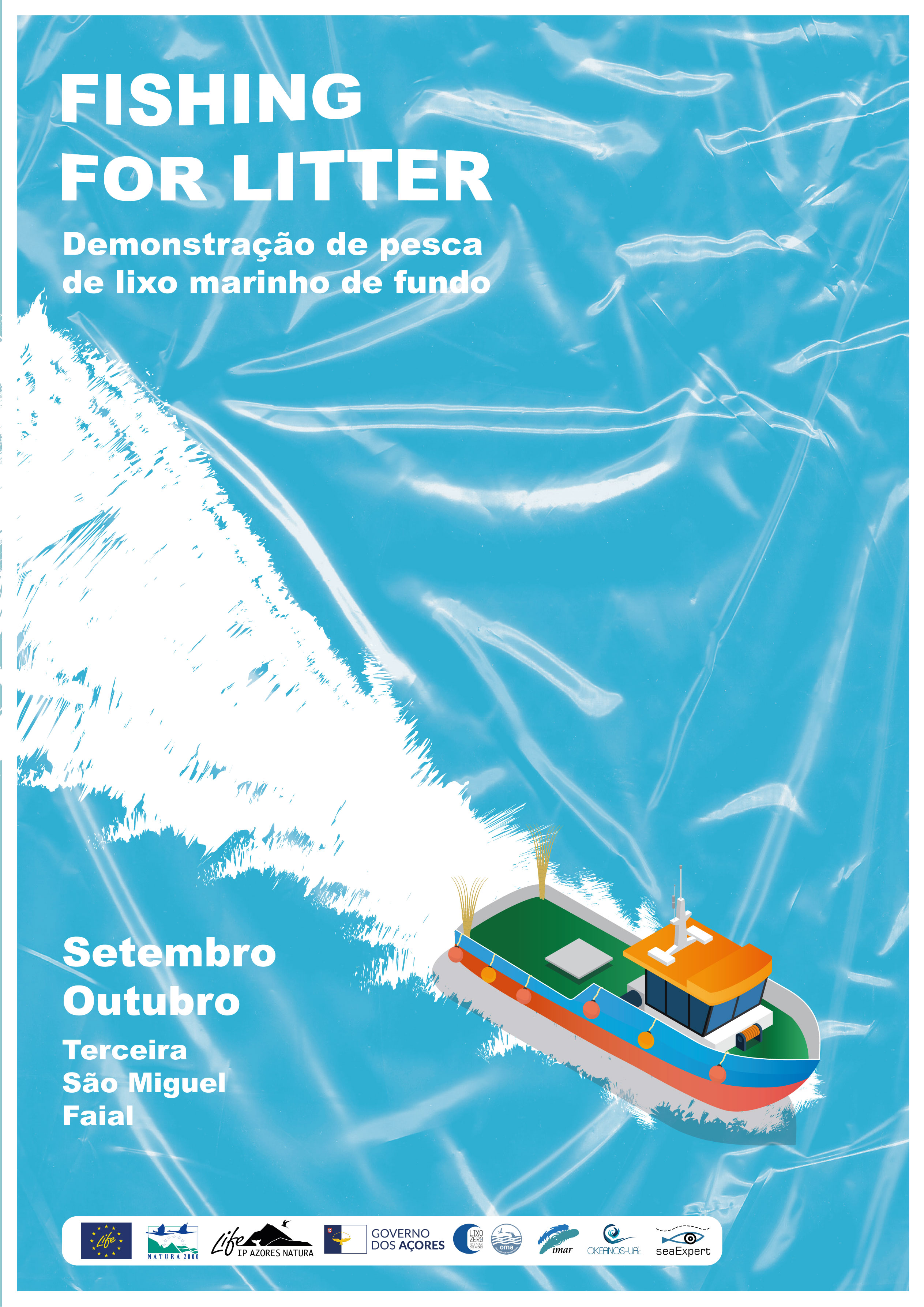 It’s called ‘Fishing for Litter’ and it’s an action to clean bottom marine litter, especially lost or abandoned fishing gear, in areas of the Natura 2000 Network or its surroundings, involving Azorean fishermen.

Promoted by the Regional Secretariat for the Sea, Science and Technology, in partnership with Sea Expert and with the collaboration of the Observatório do Mar dos Açores and IMAR / OKEANOS, this activity takes place on three islands – Faial, Terceira and São Miguel – simultaneously, involving local fishermen, who go to ‘fish’ marine litter.

Making fishing professionals aware of the problem of marine litter, especially the impacts of the loss or abandonment of fishing gear, and the importance of restoring good environmental status in areas of the Natura 2000 Network are the objectives of this initiative.

The promotion of the use of biodegradable fishing lines, which will replace nylon, is also another objective.

The instrument to be used to collect fishing gear/marine litter from the bottom was developed by the masters of the vessels involved in this initiative, in collaboration with technicians from the regional directorates of Fisheries and Sea Affairs.

This cleaning action will take place in specific areas selected by the fishermen themselves, who were hired to provide this service through the European LIFE IP AZORES NATURA project.

The fishermen carry out three sea trips, between 30 September and 2 October, to collect abandoned fishing gear and other waste from the seabed, with each vessel carrying an observer on board to record all the information.