The activities carried out involve the involvement of local stakeholders. 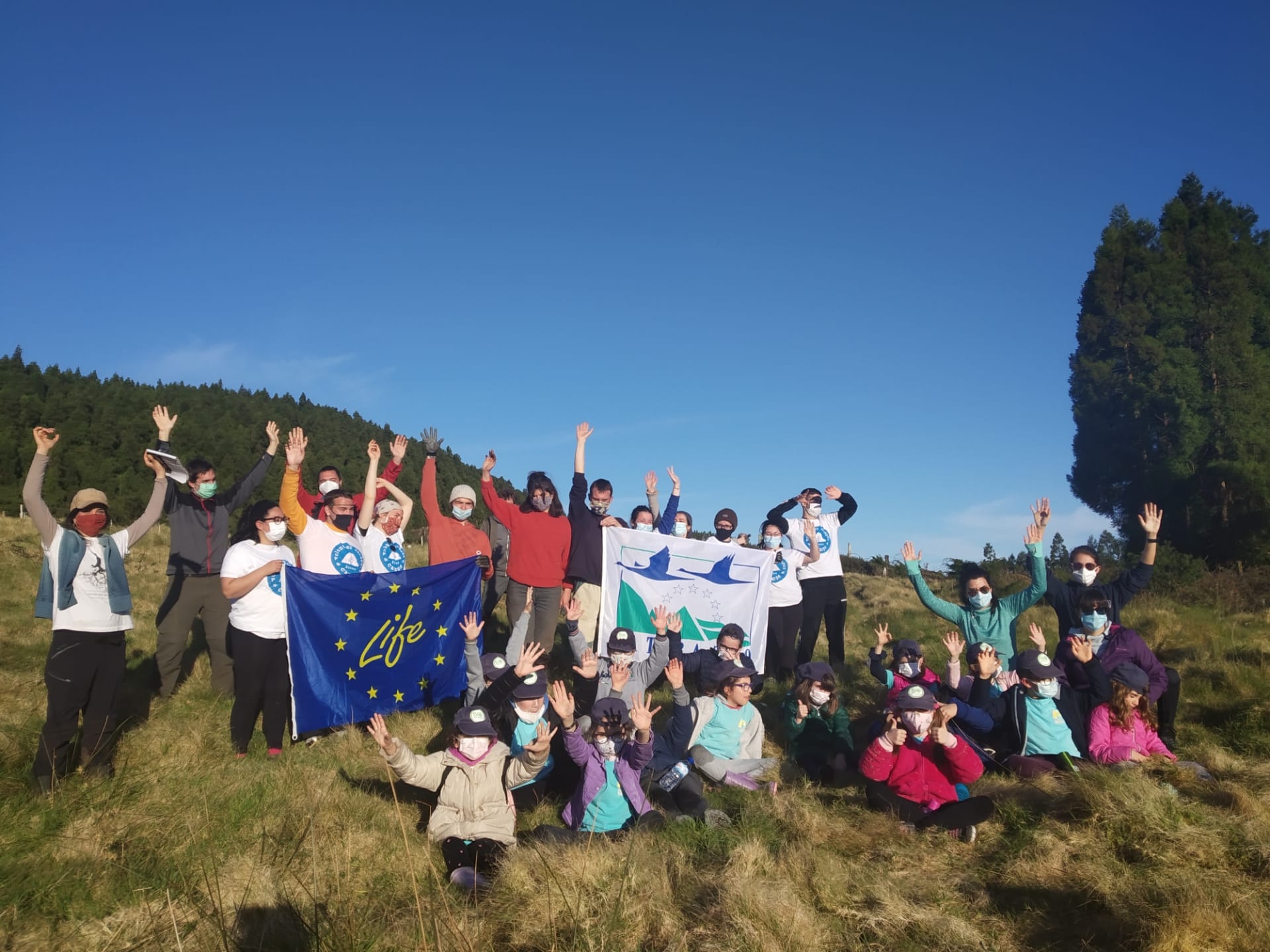 On Terceira island, from March 17 to 25, another youth volunteering camp was promoted by LIFE IP AZORES NATURA, and by the “Associação Plantar uma Árvore”.

During this period, the volunteers took the opportunity to learn about the environmental centers of Terceira island, carry out coastal cleaning of marine litter, and participate in nature conservation works in the various intervention areas of the LIFE IP AZORES NATURA project.

In this volunteer camp, participated 11 young people and several local entities, therefore, being part of the E5 action of the project “Public Engagement and Volunteering Program”. 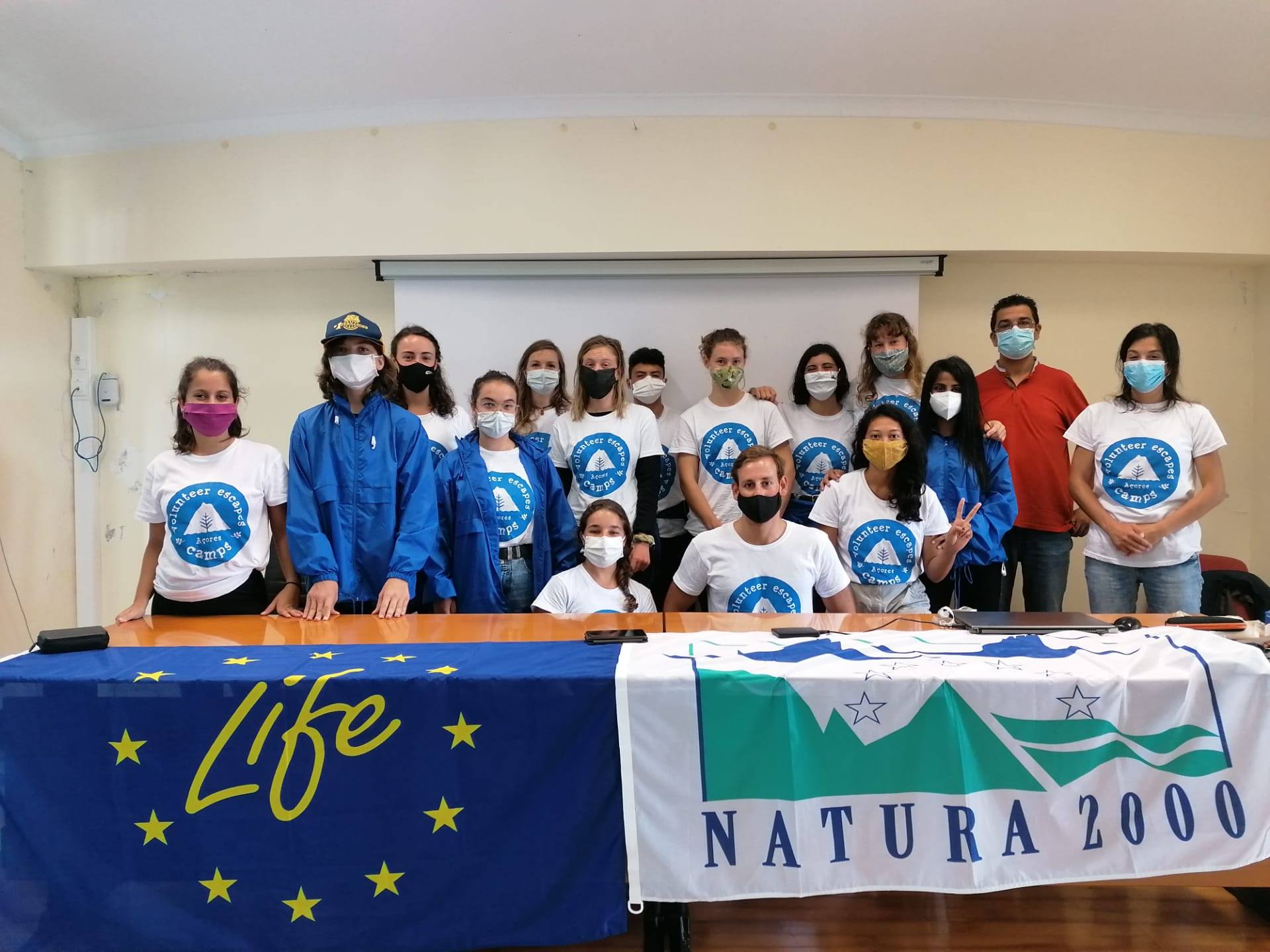 The LIFE IP Azores Natura programme is promoting free volunteer camps on several islands in the Azores archipelago, with the aim of sensitizing young people and the surrounding communities to the importance of protecting the natural heritage of the Azores.
This time, the volunteer camp was in Flores Island, and had the participation of more than 15 young volunteers, as well as local institutions such as Private Social Solidarity Institutions, After-school programs, local businesses and the community.
This volunteer camp had coastal cleaning action (Action C10.1), plantation of endemic species (Action C3.2), and removal of invasive species in strategic locations (Action C8.1), among others.

Diary of the young environmental volunteer camp on Pico Island 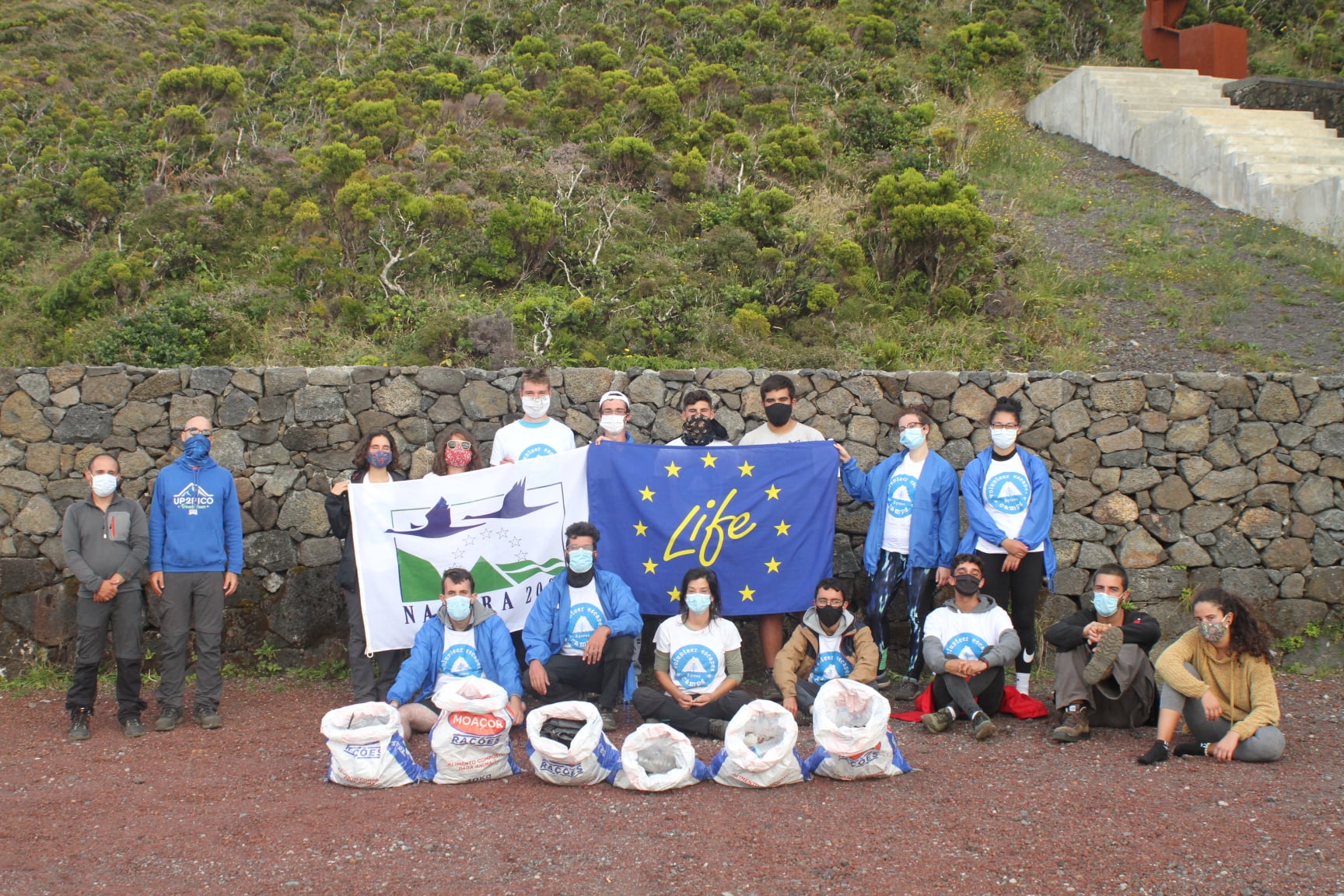 13 young volunteers, nine of them coming from each of the Azores islands, spent a week in Pico where they dedicated themselves on a daily basis to nature conservation, learning and the sharing of new experiences under the program developed by the LIFE IP Azores Natura project.
The ‘diary’ of this camp registers actions such as the control of Carpobrotus edulis (invasive species), marine litter cleaning, the cutting back of Tamarix africana in Madalena and a visit to Gruta das Torres, among others.
The young people participating in the Volunteer Camp, which ended on the 22nd of September, proceeded to planting and also identifying the native, endemic and invasive species occuring within four delimited plots, at different altitudes, along the trail “Caminho dos Burros”, where recovery and conservation work will be carried out.
They also climbed Pico Mountain, with the support of the Guides Association of this island and carried out garbage collection during the ascent as well as in the Caldeira area. During the course of the action, they were also able to observe several endemic species, such as bats, and the differences in flora as they went up.
This campo is the fourth of the six planned in different islands until February 2021, with the participation of the Natural Park of Pico and the involvement of the community and different institutions and local companies.
This program, organized by the Regional Directorate for the Environment and Azorina, is implemented by the association “Plantar uma Árvore” and promotes environmental volunteering with the objective of bringing society closer to the management of natural resources and protected areas, promoting awareness and contributing to positive changes in the relationship of the community with nature. 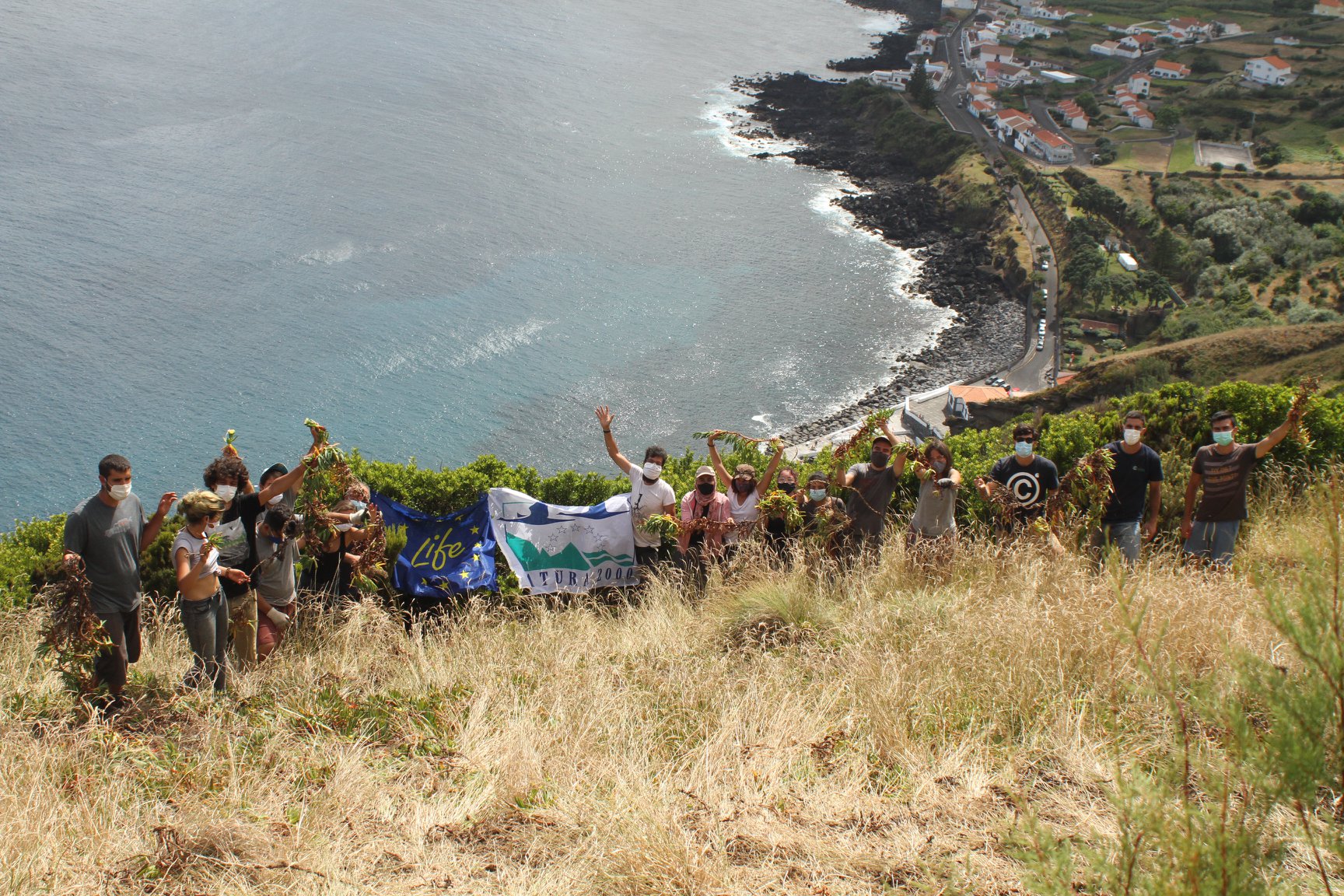 The LIFE IP Azores Natura project is promoting free volunteer camps on several islands, with the aim of sensitising young people and the surrounding communities to the importance of practising concrete actions to conserve nature and biodiversity.
In this sense, the ‘Volunteer Escapes Camps’ initiative, integrated in the volunteer program implemented by the LIFE IP Azores Natura project, also includes activities with IPSS (Private Social Solidarity Institutions), ATL (Leisure Time Activities), local companies and the community in general, similar to what happened in the first camp at Graciosa Island.
The focus of the volunteer camp on this island was the control of invasive species, the collection of seeds and the construction of shelter boxes for tern chicks, being that there exist two species of tern in the Azores islands targeted by the project intervention, namely Sterna hirundo and Sterna dougallii.
These tasks are part of the specific actions C6.1 and C8.1 of the project, which were carried out by the young participants in areas such as “Barro Vermelho”, “Ponta da Restinga”, “Ponta Branca”, and “Ilhéu da Praia”.
The next planned camps, developed in collaboration with the European Solidarity Corps (CES), and within the scope of action E5, task 2 (Public Engagement and Volunteering Program) of the project, will take place in Flores, from 15 to 23 August, in Pico, from 12 to 20 September, in Santa Maria, from 7 to 15 November and in Terceira, from 13 to 21 February next year.
Each volunteer camp is accompanied by two coordinators from the association “Plantar Uma Árvore” (P1A), who has extensive experience in the design, implementation and operation of short and long-term volunteer programs.
P1A has, for the past few years, been involved in the implementation of the LIFE VOLUNTEER ESCAPES project, aimed at testing and demonstrating youth volunteering solutions, with the European Solidarity Corps and related to environmental protection and the conservation of nature and biodiversity.
The volunteer camps therefore allow, as has been shown by the success of the camp in Graciosa, the enthusiastic sharing of experiences and the development of synergies between young people, thereby sensitising them to the importance and the value of our natural heritage.
The implementation of the ‘Volunteer Escapes Camps’ initiative, adjusted to the current restrictions with respect to the duration, maximum number of participants, and location of each of the actions, is executed by P1A in partnership with AZORINA, SA. and the Regional Directorate for the Environment, the last two entities being associated beneficiary and coordinator, respectively, of our project.