The LIFE IP AZORES NATURA project participated in the São Jorge Advisory Board, where it presented the more remarkable actions developed on the island, such as collecting 210 g of seeds concerning 21 samples of 17 target species, such as 𝘈𝘻𝘰𝘳𝘪𝘯𝘢 𝘷𝘪𝘥𝘢𝘭𝘪𝘪, Erica azorica and 𝘔𝘺𝘰𝘴𝘰𝘵𝘪𝘴 𝘮𝘢𝘳𝘪𝘵𝘪𝘮𝘢.
With these seeds, it was possible to plant 159 individuals of 𝘔𝘺𝘰𝘴𝘰𝘵𝘪𝘴 𝘮𝘢𝘳𝘪𝘵𝘪𝘮𝘢 in Fajã dos Cubres, where was carried out an action of removal of invasive flora species, such as 𝘈𝘳𝘶𝘯𝘥𝘰 𝘥𝘰𝘯𝘢𝘹, 𝘙𝘶𝘣𝘶𝘴 𝘶𝘭𝘮𝘪𝘧𝘰𝘭𝘪𝘶𝘴, 𝘏𝘦𝘥𝘺𝘤𝘩𝘪𝘶𝘮 𝘨𝘢𝘳𝘥𝘯𝘦𝘳𝘪𝘢𝘯𝘶𝘮 and 𝘊𝘺𝘳𝘵𝘰𝘮𝘪𝘶𝘮 𝘧𝘢𝘭𝘤𝘢𝘵𝘶𝘮 in a total area of 2 hectares.
Here, three of the four channels planned in the footwalk of the Lagoa dos Cubres were also opened to improve the flow and water quality of this coastal lagoon, considered a priority 𝘩𝘢𝘣𝘪𝘵𝘢𝘵 for conservation. It should also be noted that an Operational Plan is being implemented, aiming to improve the 𝘩𝘢𝘣𝘪𝘵𝘢𝘵 of several species of seabirds that nest here, as well as build and install shelters for terns.
This department of the Regional Government also highlights the various training actions, namely in seabird monitoring techniques, application of phytopharmaceutical products, and first aid, which aimed at increasing the capacity of the team of operational assistants.
This presence is integrated in the action F4 “Stakeholder and Advisory board” that foresees the management and implementation of the actions planned in the project’s intervention areas.
With the financial support of the LIFE Programme of the European Union.
By LIFE IP Azores Natura | 29/07/2022 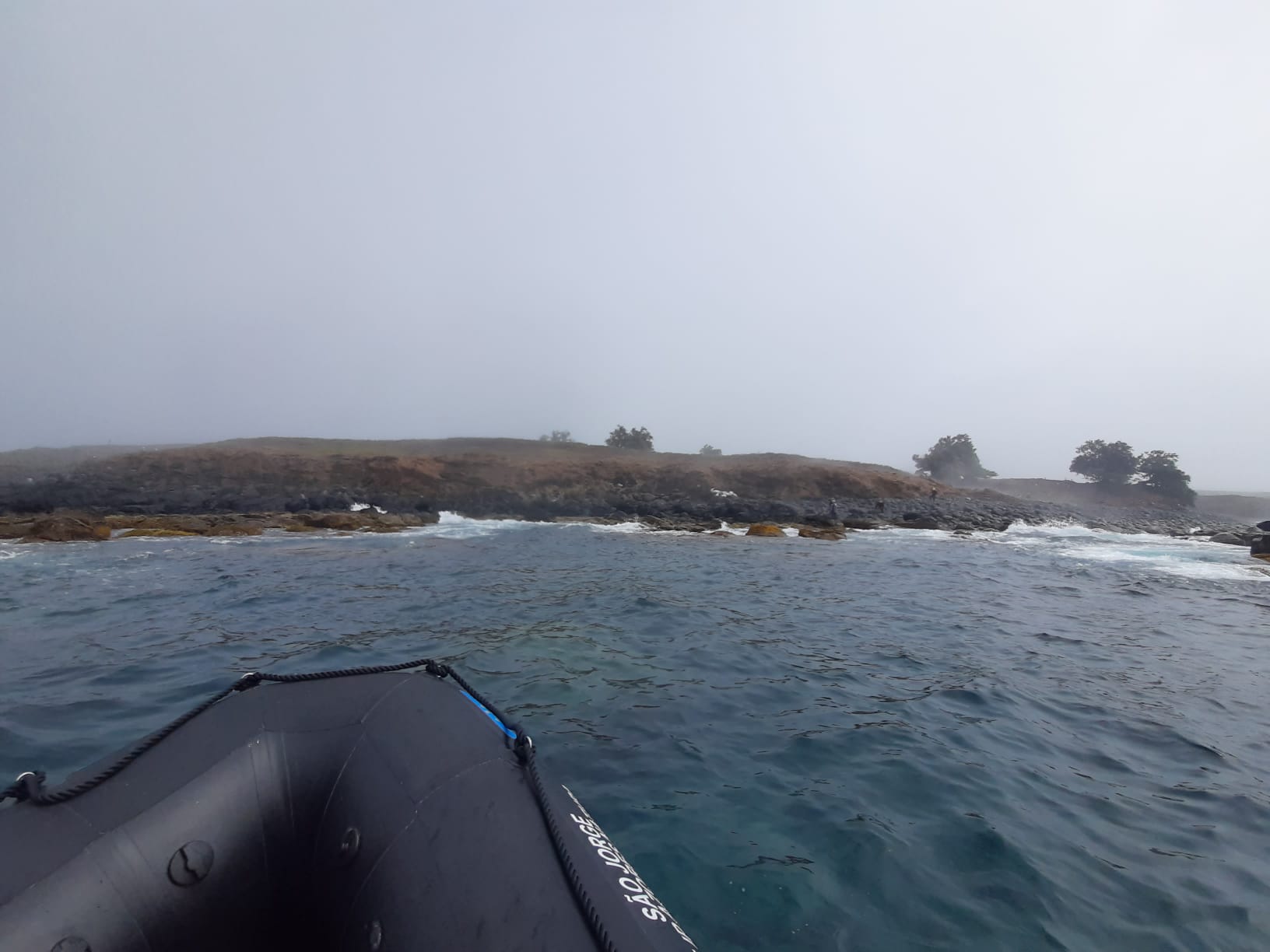 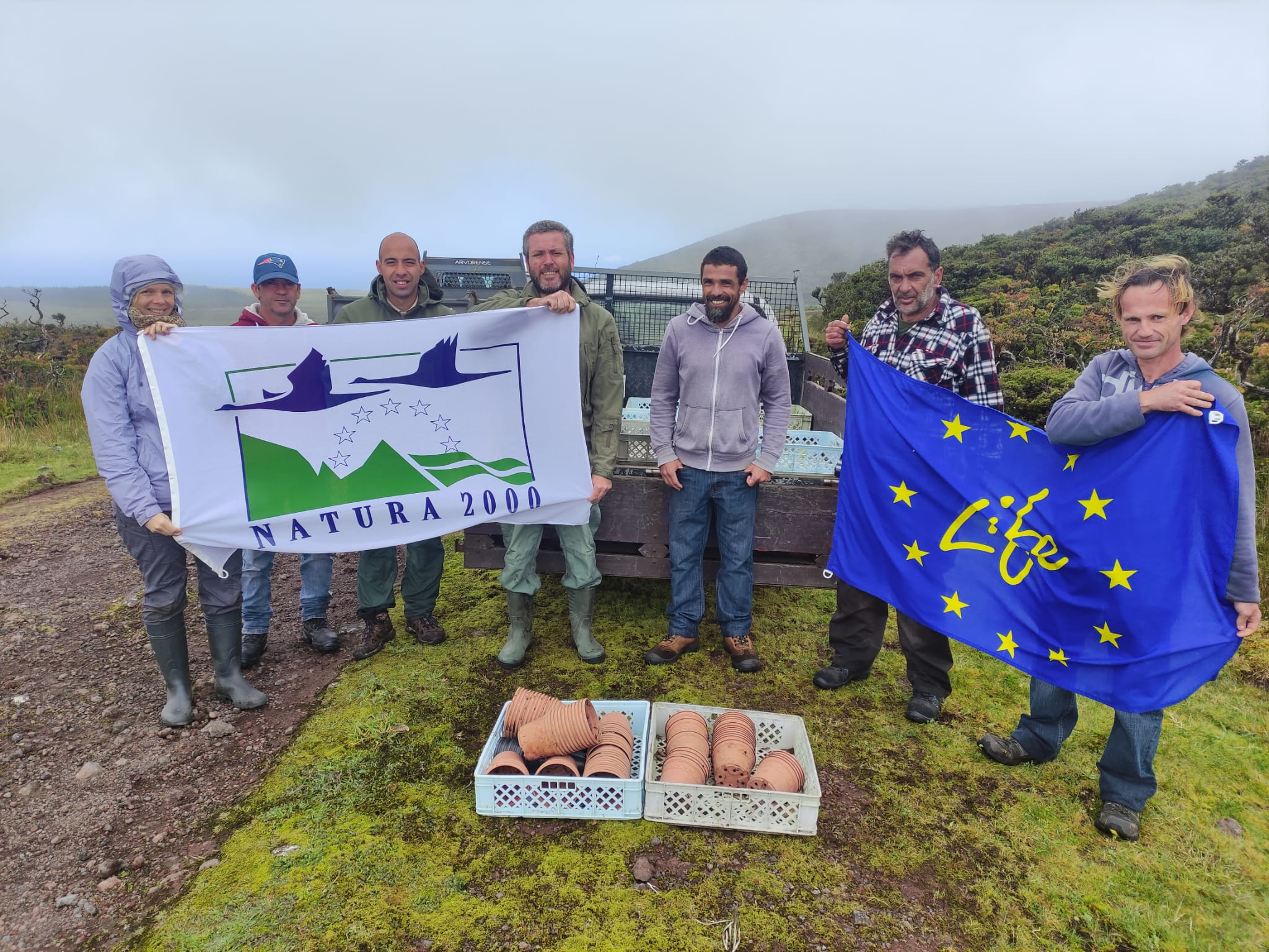 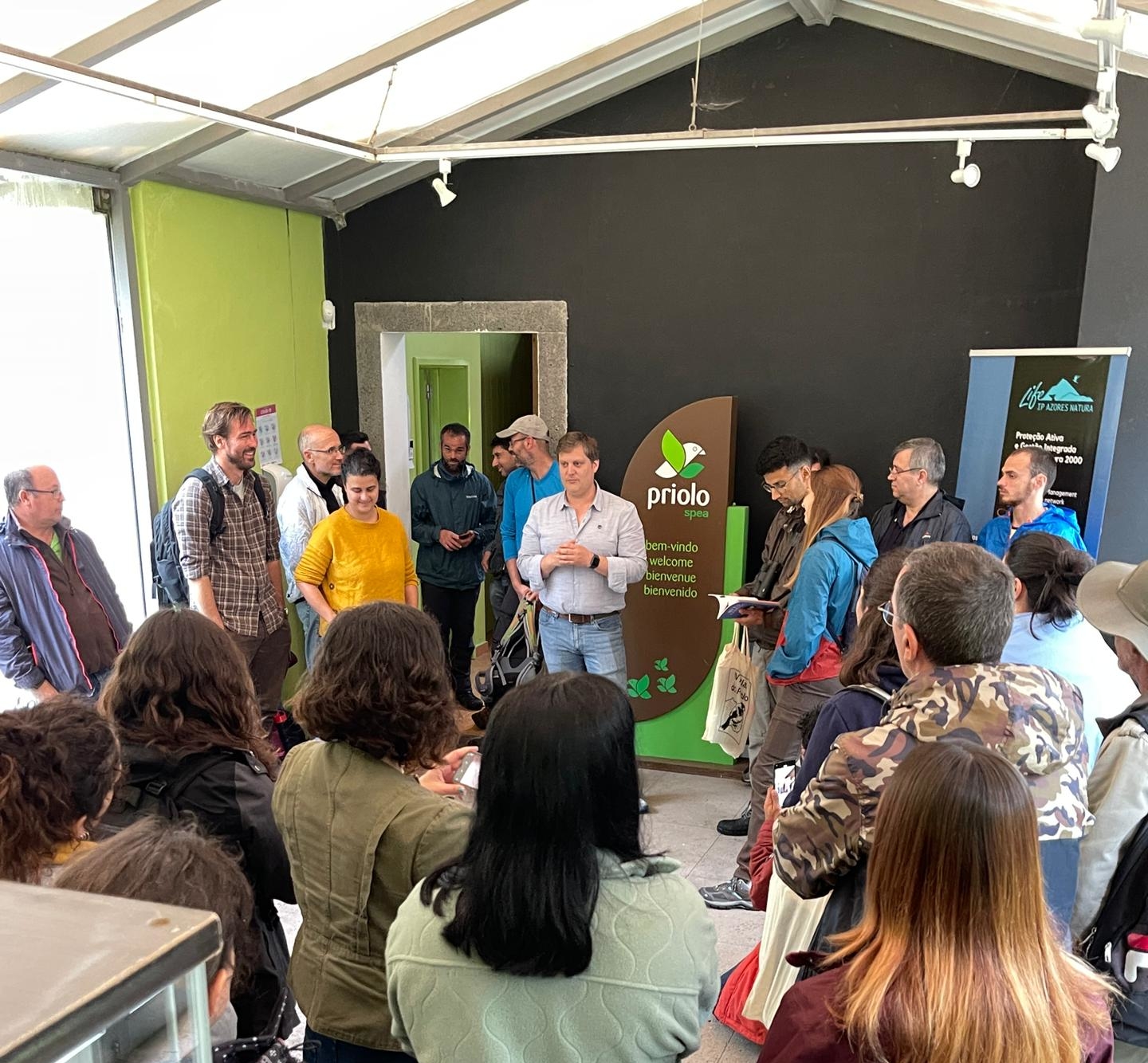